Chaeryeong (채령) is a South Korean singer, rapper and dancer under JYP Entertainment. She is the main dancer, vocalist, and rapper of the South Korean girl group ITZY.

Chaeryeong first began her career as an idol after making an appearance as a contestant on the reality television competition show K-pop Star 3 on November 24, 2013, along with her older sister, Lee Chae Yeon. Both sisters were eliminated from the competition show but joined JYP Entertainment as trainees.[1]

Having trained for a little over a year as an idol, on May 5, 2015, she along with her sister joined JYP Entertainment's girl group reality competition television series, SIXTEEN, that created the nation-wide famous girl group, TWICE. She was eliminated in the finale episode and hence did not debut.[2] 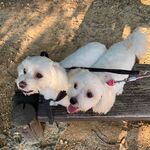 Retrieved from "https://itzy.fandom.com/wiki/Chaeryeong?oldid=7003"
Community content is available under CC-BY-SA unless otherwise noted.